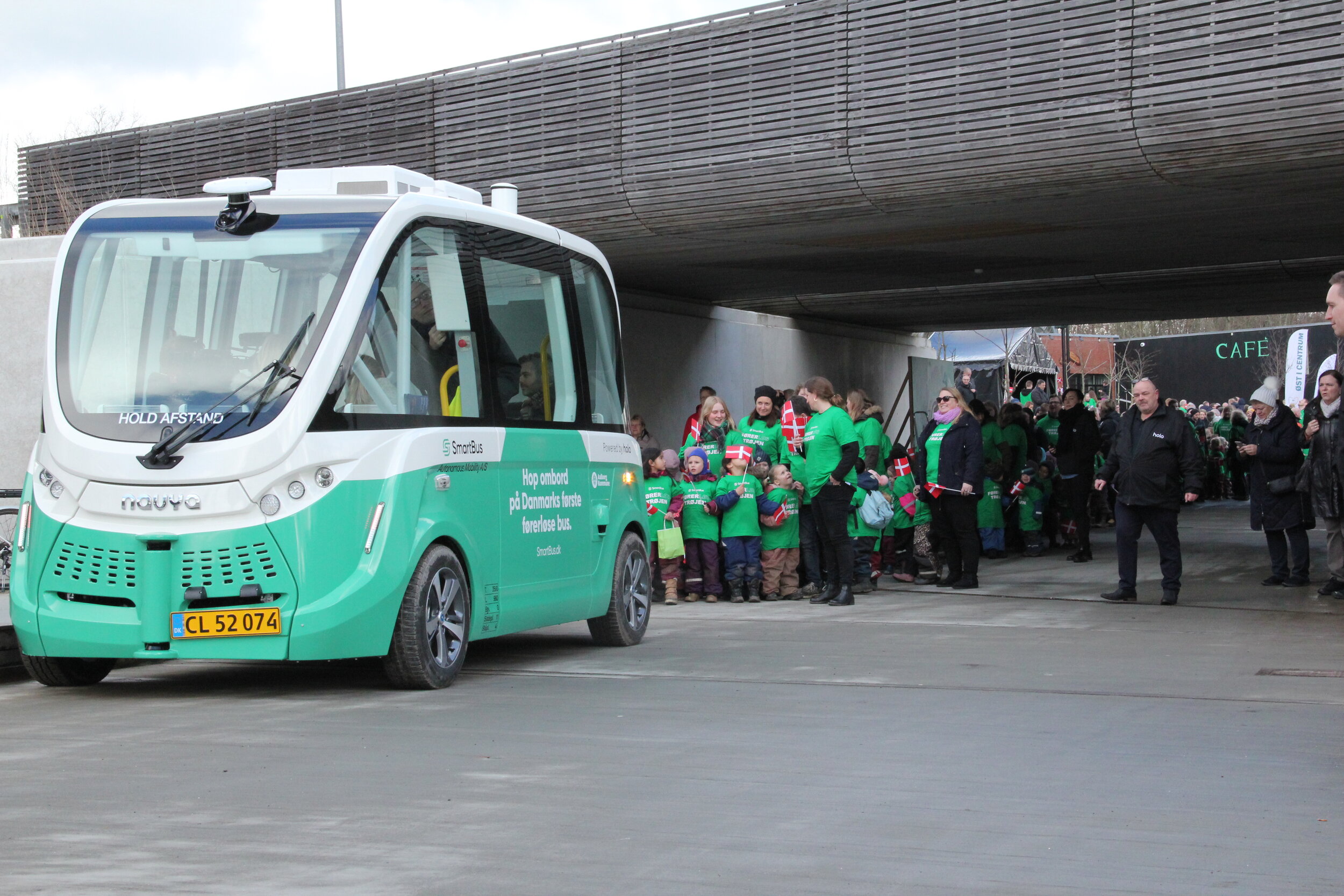 Today, the Danish Minister of Transport Benny Engelbrecht officially inaugurated the first autonomous bus service in Denmark, in the suburb of Aalborg East in Denmark.

Is it possible to transform a divided housing area to a socially sustainable and connected living space with autonomous shuttle buses?

A new pilot project initiated by Aalborg Municipality has high ambitions to do just that. The pilot project called SmartBus aims to increase mobility among the residents (of whom less than 50% have access to a car) and bring the neighbourhood closer together. Today the project was officially launched.

With the inauguration of SmartBus, NAVYA has provided 3 AUTONOM® SHUTTLES for the daily operation in mixed traffic in Denmark. Two of these self-driving vehicles are operating simultaneously on the route every day from 7:00 AM to 9:00 PM in a pilot of two years.

The shuttle buses share a path with cyclists, while pedestrians have their own designated path. The 2.1 km route has ten stops which have been built into the path with wheelchair accessible platforms.

Covid-19: Message to our members and partners
Scroll to top
X